Cross validation is an essential tool in statistical learning 1 to estimate the accuracy of your algorithm. Despite its great power it also exposes some fundamental risk when done wrong which may terribly bias your accuracy estimate.

In this blog post I’ll demonstrate – using the Python scikit-learn2 framework – how to avoid the biggest and most common pitfall of cross validation in your experiments.

This process results in k estimates of the MSE quantity, namely $MSE_1$, $MSE_2$,…$MSE_k$. The cross validation estimate for the MSE is then computed by simply averaging these values:

This value is an estimate, say $\hat{MSE}$, of the real $MSE$ and our goal is to make this estimate as accurate as possible. $MSE$ is just one for the possible metrics you can estimate using cross validation but the results of this blog post are independent from the type of metric you use.

Let’s now have a look at one of the most typical mistakes when using cross validation. When cross validation is done wrong the result is that $\hat{MSE}$ does not reflect its real value $MSE$. In other words, you may think that you just found a perfect machine learning algorithm with incredibly low $MSE$, while in reality you simply wrongly applied CV.

I’ll first show you – hands on – a wrong application of cross validation and then we will fix it together. The code is also available as an IPython notebook on github.

To make things simple let’s first generate some random data and let’s pretend that we want to build a machine learning algorithm to predict the outcome. I’ll first generate a dataset of 100 entries. Each entry has 10.000 features. But, why so many? Well, to demonstrate our issue I need to generate some correlation between our inputs and output which is purely casual. You’ll understand the why later in this post.

At this point we would like to know what are the features that are more useful to train our predictor. This is called feature selection. The simplest approach to do that is to find which of the 10.000 features in our input is mostly correlated the target. Using pandas this is very easy to do thanks to the corr() function. We run corr() on our dataframe, we order the correlation values, and we pick the first two features.

Great! Out of the 10.000 features we have been able to select two of them, i.e. feature number 8487 and 3555 that have a 0.42 and 0.39 correlation with the output. At this point let’s just drop all the other columns and use these two features to train a simple LogisticRegression. We then use scikit-learn cross_val_score to compute $\hat{MSE}$ which in this case is equal to 0.249. Pretty good!

Note [1]: I am using $MSE$ here to evaluate the quality of the logistic regression, but you should probably consider using a Chi-squared test. The interpretation of the results that follows is equivalent.

Note [2]: By default scikit-learn use Stratified KFold3 where the folds are made by preserving the percentage of samples for each class.

According to the previous estimate we built a system that can predict a random noise target from a random noise input with a $MSE$ of just 0.249. The result is, as you can expect, wrong. But why?

The reason is rather counterintuitive and this is why this mistake is so common4. When we applied the feature selection we used information from both the training set and the test sets used for the cross validation, i.e. the correlation values. As a consequence our LogisticRegression knew information in the test sets that were supposed to be hidden to it. In fact, when you are computing $MSE_i$ in the i-th iteration of the cross validation you should be using only the information on the training fold, and nothing should come from the test fold. In our case the model did indeed have information from the test fold, i.e. the top correlated features. I think the term knowledge leaking express this concept fairly well.

The schema that follows shows you how the knowledge leaked into the LogisticRegression because the feature selection has been applied before the cross validation procedure started. The model knows something about the data highlighted in yellow that it shoulnd’t know, its top correlated features. 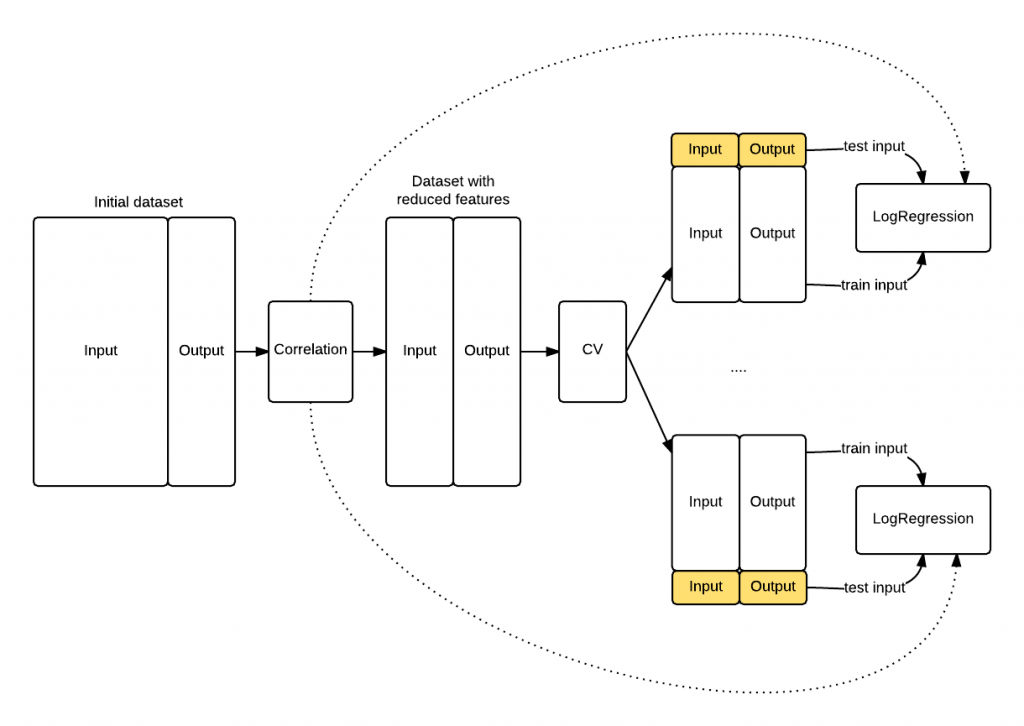 Figure 1. The exposed knowledge leaking. The LogisticRegression knows the top correlated features of the entire dataset (hence including test folds) because of the initial correlation operation, whilst it should be exposed only to the training fold information.

Proof that our model is biased

To check that we were actually wrong let’s do the following:
* Take out a portion of the data set (take_out_set).
* Train the LogisticRegression on the remaining data using the same feature selection we did before.
* After the training is done check the $MSE$ on the take_out_set.

In the previous section we have seen that if you inject test knowledge in your model your cross validation procedure will be biased. To avoid this let’s compute the features correlation during each cross validation batch. The difference is that now the features correlation will use only the information in the training fold instead of the entire dataset. That’s the key insight causing the bias we saw previously. The following graph shows you the revisited procedure. This time we got a realistic $\hat{MSE}$ of 0.44 that confirms the data is randomly distributed. 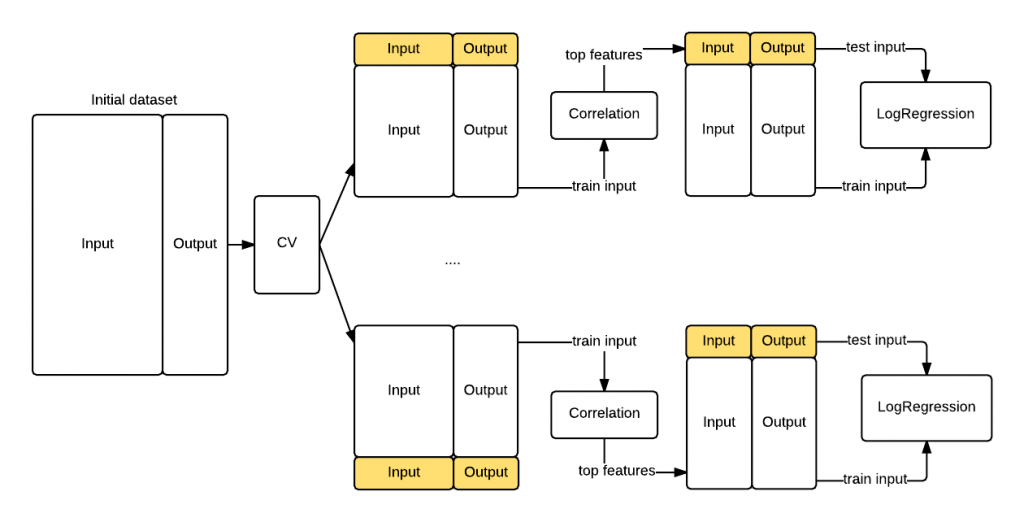 Figure 2. Revisited cross validation workflow with the correlation step performed for each of the K train/test folds.

We have seen how doing features selection at the wrong step can terribly bias the $MSE$ estimate of your machine learning algorithm. We have also seen how to correctly apply cross validation by simply moving one step down the features selection such that the knowledge from the test data does not leak in our learning procedure.

Finally, if you want know more about cross validation and its tradeoffs both R. Kohavi7 and Y. Bengio with Y. Grandvalet8 wrote on this topic.

If you liked this post you should consider following me on twitter.
Let me know your comments!